So here we go again, another security bug that could reveal your encrypted data, called Freak.  It’s been around for decades apparently, but it’s only just been discovered, which does prove how difficult it is to find bugs in such complicated software, but also highlights the dangers we still face, even when we think we are safe.

There are many servers that still remain at risk, even some servers that are behind some of the biggest websites around the world, including whitehouse.gov!

According to the researchers on the user side, Apple’s Safari web browser on its iPhone, iPad and Mac devices is vulnerable as well as almost all versions of Android as Google uses the OpenSSL protocol in its mobile operating system. That means that potentially hundreds of millions of people are at risk.

No known attacks have been made to this vulnerability, so there’s no need to panic, but it does give a big reminder to be vigil about what data you share on line.

You can check for all sorts of server / website issues buy using the SSL Server Test.  Check your favourite sites today and make sure they are keeping your data safe.

If you have any questions about this, please let me know. 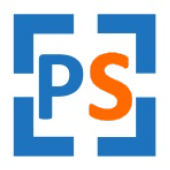 Why Use Landing Pages

WordPress Settings to Change after Installation

You have Successfully Subscribed!